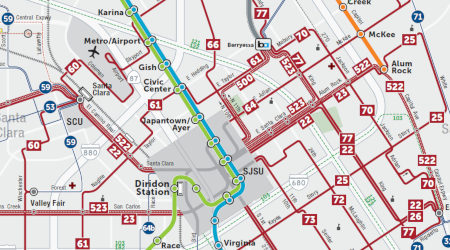 The Green Line would also be shortened to end at Old Ironsides Station in Santa Clara instead of Downtown Mountain View in Mountain View.

Riders east of Baypointe Station and west of Old Ironsides Station would be served by the new Orange Line.

Routes would run on 20-minute frequencies on weekends to match BART frequencies.

The plan will be reviewed by VTA’s advisory and standing committees this month and VTA’s board on May 2.